How to protect your home from termites this spring

As we slowly settle into spring with a gentle rise in temperatures and the additional hours of sunlight, the need to spring clean has us dusting off and clearing out all the nooks and crannies of our homes, and rightfully so! However, sometimes the things that need the most attention are the hardest to find. Make sure you know how to check for and protect your home from termites this spring season.

Knowing how to identify termites

One of the most critical things when it comes to protecting your home from termites is knowing how to spot them. Since we’re officially into swarming season there are a few different things you can look for when it comes to identifying termites. And while they are incredibly small, sometimes impossible to see insects, it is still worthwhile to know what they look like and how not to mistake them for something else.

Regardless of the species, most termites in the US range from a creamy white (sometimes described as opaque) to brown color and are quite small in size, generally between ¼ and ½ inch long, depending on the termite caste and their age. They have straight antennae and their soft bodies are made up of a head and a thorax. This gives them a broader waist compared to carpenter ants which will be addressed after we look at the different castes.

In general, worker termites are usually lighter in color and smaller in size, described as being opaque, white, yellowish, or light brown. Soldier termites tend to be a bit bigger than workers (although this is not always the case) with colors similar to workers ranging from clear white to yellowish-brown. The thing that differentiates soldiers from workers is the unique mandibles they possess used to protect their colony from invaders such as ants or other termite species. Reproductive termites, also known as swarmers or termites alates, are generally different shades of brown ranging from light to dark with hints of yellow or red. These are the only termites to possess wings which are necessary when it comes time for them to leave the nest.

As previously mentioned, termites are often mistaken for carpenter ants and understandably so, however, there are a few specific differences that will help you differentiate between the two. Contrary to the termite’s body shape (head and thorax), the carpenter ant has a head, thorax, and abdomen giving them the appearance of a narrow waist. They also tend to be darker in color, often black but sometimes red or brown and have bent antennae and different length wings (the front wings are longer than the back).

Another significant difference is that while both insects love wood, only termites eat through it as carpenter ants are unable to digest cellulose. This does not mean, however, that you should be less concerned about a carpenter ant infestation. Both termites and carpenter ants burrow into the wood in your home, carefully destroying it from the inside out. It is for this reason that we recommend, regardless of the type of infestation, you have your home inspected and treated immediately by your local pest control specialist.

Swarming season is in full spring

Swarming season is when swarmers, or termite alates, leave their original nest in search of a new location to reproduce and establish a new colony. This occurs when the conditions are just right, as the weather gets warmer (in the spring and summer months) and the air is moist, especially after rainfall. Typically, this only happens in mature colonies as termite alates are only produced when a colony is ready to expand because the original colony is full. However, when swarming does happen, hundreds (sometimes even thousands) of male and female swarmers will leave the nest to pair off and find a suitable location to expand the colony.

Despite these seemingly high numbers, the termite alate survival rate is low as many die from dehydration, predation, or other environmental factors. Regardless of this low success rate, it is still pertinent to note that if you see termite alates in or around your home, a bigger, more established colony could be nearby, and it is likely that you already have a termite infestation.

After successfully pairing off, termite alates will then shed their wings (which can be found around your home) and start the process of establishing their new colony which begins with the construction of the nuptial chamber to protect them from predators. Once safe and sound, the new queen can assume her role and begin laying her eggs. Her first batch of eggs is typically quite small as it is intended to help increase the colony area. However, each successive batch is increasingly more numerous as termite queens can lay thousands of eggs per day. This is also one of the reasons why termites are so dangerous. While they may be small, they are powerful in numbers.

Even if you know for a fact that you do not have termites as we head into the spring and warmer months, it is still advised to implement certain preventative actions that can help keep these invaders away. Spring cleaning generally means out with the old and in with the new; clearing out the cabinets and cupboards and ridding them of the crumbs that might attract ants or mice. The same should be done for old newspapers, magazines, and cardboard you may have laying around from the year before. This is because termites don’t just eat wood, they specifically consume the cellulose that can be found inside these items. 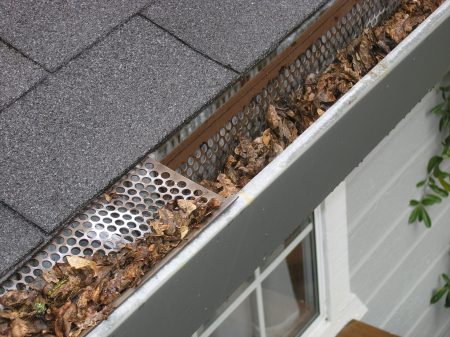 Springtime in the US, especially in the southeast region of the country, tends to mean warmer weather and lots of rain, providing the right conditions for termites. And since termites love moisture, one of the first things you can do is eliminate (as much as possible) all excess sources of water or moisture specifically around the perimeter of your home. This includes cleaning out your gutters of leaves and other debris which causes water to back up and the leaves to decay, the smell of which can attract termites. We also recommend checking your downspouts, ensuring that there are no leaks and that they are aimed away from your home’s foundation to avoid creating unwanted pools of water.

And as the time you spend outdoors increases, so does the need for yard work. Raking up the dead leaves and removing the twigs and tree branches from your yard help eliminate an easy food source and hub for termites and termite activity. Similarly, pruning trees and bushes that may be touching your foundation can eliminate any dead or dying elements that attract or house termites, and also minimize any movement between the two. Storing any wood, mulch, or spare cardboard off the ground and at least a few yards from your home is also advised as these all contain the cellulose that termites are in constant search of.

Springtime is also the perfect time to open up and air out any of the enclosed spaces in your home that may be harboring any humidity left from winter. Where possible air out attics, basements, and crawl spaces that often stay closed up during the long winter months. If any of these spaces cannot be opened up, consider installing a dehumidifier nearby. This will absorb the excess moisture that causes mold and other types of fungi that attract termites. This should also be done regularly as these spaces often stay closed year-round and are easily forgotten.

Last but not least on your list of anti-termite measures is cutting off any potential entryways into your home. With the changes in the weather moving into spring, the wood and even concrete used in your home may have formed cracks due to the temperature differences or changes in moisture levels. While clearing your yard this spring, be on the lookout and take note of even the tiniest of cracks and crevices, as this is the perfect, discrete passageway for termites to enter your home. Sealing these up with the proper sealant can deter termites as well as prevent any moisture that may draw them in or cause further structural damage.

Adopting these habits as part of your routine this spring (and year-round) could help save you thousands of dollars of termite damage. However if you are unsure, or wish to apply a chemical treatment to ensure a termite-free home, contact your local pest control professional to learn more about what treatment is right for you.

Find a MABI injector distributor near you.