Originating from China, entering the states through port cities, Formosan subterranean termites (Coptotermes formosanus) are the most destructive and aggressive in the US. Because they are subterranean termites, they attack homes from the underground, coming in undetected until it’s too late. Their destructive nature plus a few other characteristics explain why their nickname is the super-termite. 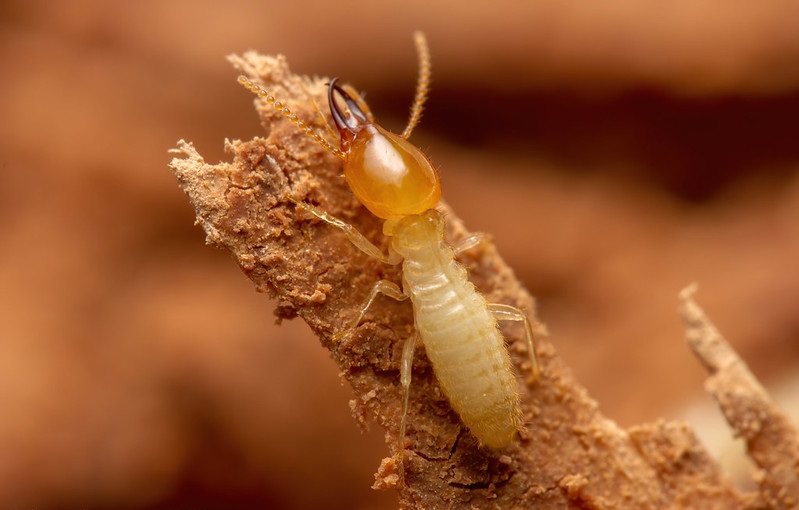 Formosan termite alates are generally larger than their subterranean termite counterparts though this does depend on species. While they may seem visibly similar, there are a few subtle differences. In terms of physical size, Formosan termite swarmers can grow up to ½ inch in length, wings included. That means that depending on the species, Formosan termites can be as much as 2-3 times larger in actual size.

Formosan termite workers are light in color and small and can therefore be difficult to distinguish from other termite species. On the other hand, Formosan termite soldiers and alates have more distinct features to help identify them. Soldiers are generally yellow to brown and have oval or teardrop-shaped heads with long crossing mandibles. Formosan termite soldiers also tend to be more aggressive than subterranean termites. If they are disturbed, they will release a white defensive secretion from a gland called the fontanelle. Alates tend to be a pale yellow-brown with a layer of hair covering their otherwise transparent wings.

Where do Formosan termites live?

Formosan termites live primarily in the southern states as they prefer warmer, more humid climates. These states include Alabama, Florida, Georgia, Louisiana, Mississippi, North and South Carolina, Tennessee, Texas, and Hawaii. However, there have also been confirmed sightings in California, including La Mesa in the early 90s and Rancho Sante Fe and Highland Park. This preference for warmer climates is due to their eggs being unable to hatch below 68°F. That means it is unlikely these termites will gravitate much farther north.

Although part of the subterranean family, this highly destructive termite differs from others with its ability to establish secondary nests above ground called carton nests. If a source of moisture is available, Formosan termites construct carton nests from soil and wood glued together with saliva and termite excrement. The ability to have a subterranean and a carton nest, paired with the impressive colony size, increase their damage potential. Their colonies can include several million individuals with a higher percentage of soldiers (around 10%) compared to other subterranean species.

Where to find termites in the USA

Reports have shown that Formosan termites are responsible for nearly $2 billion in property damage per year. As previously mentioned, the above-ground nests and the larger colony size contribute greatly to their destructive success. To be closer to their food source, Formosan termites build carton nests in wall voids, attics, or crawl spaces. Consequently, quick and easy access to a food source (the wood in a home) means faster-growing colonies. Additionally, Formosan termites tend to eat a large variety of wood which means there is a higher chance of being at risk. The larger the colony, the larger the food source needs to be; the more variety of food available, the more damage done to the wood and the home.

The amount of wood a Formosan termite colony can eat during the day depends on the colony size. Some sources say a mature colony can eat 1+ ounce of wood per day or one foot of 2×4 wood in 25 days. That means that in as little as six months, a colony is capable of causing severe structural damage to the home. The rate at which they eat through wood is another reason these termites are so dangerous to homeowners. If left unnoticed or untreated, they can cause more damage than a homeowner might anticipate. However, besides knowing what they look like, there are a few signs to look for around the house.

Formosan termites produce large numbers of alates during swarming season due to the large size of their colonies. That means there may be large numbers of swarmers around the home in the late spring or early summer. As a result of swarming, discarded wings may be found around window sills or door frames. Be warned that signs of swarming inside the home usually mean that there is already a colony nearby.

Visible mud tubes or tunnels which Formosan termites create to travel above ground are another sign. These tunnels are made of soil and wood held together with termite saliva. They allow for safe passage from the soil to the wood source. While all subterranean termites use mud tubes, only Formosan termites are capable of constructing and using them long distances. If mud tubes are present on the ceilings or reach the upper levels of a house, there is likely a Formosan termite infestation. Since Formosan termites do not need to hydrate as often, they can travel further without the need to return to damp soil.

There is also the possibility of finding damaged wood, although this is often difficult to spot right away. Termite damaged wood will sound hollow when tapped on with a hard object and should be inspected immediately. Regardless of the signs, always store wood and cellulose-based materials away from the home’s foundation, and repair any water leaks. If a Formosan termite infestation is suspected, contact a professional immediately for a thorough property inspection.

Find a MABI injector distributor near you. 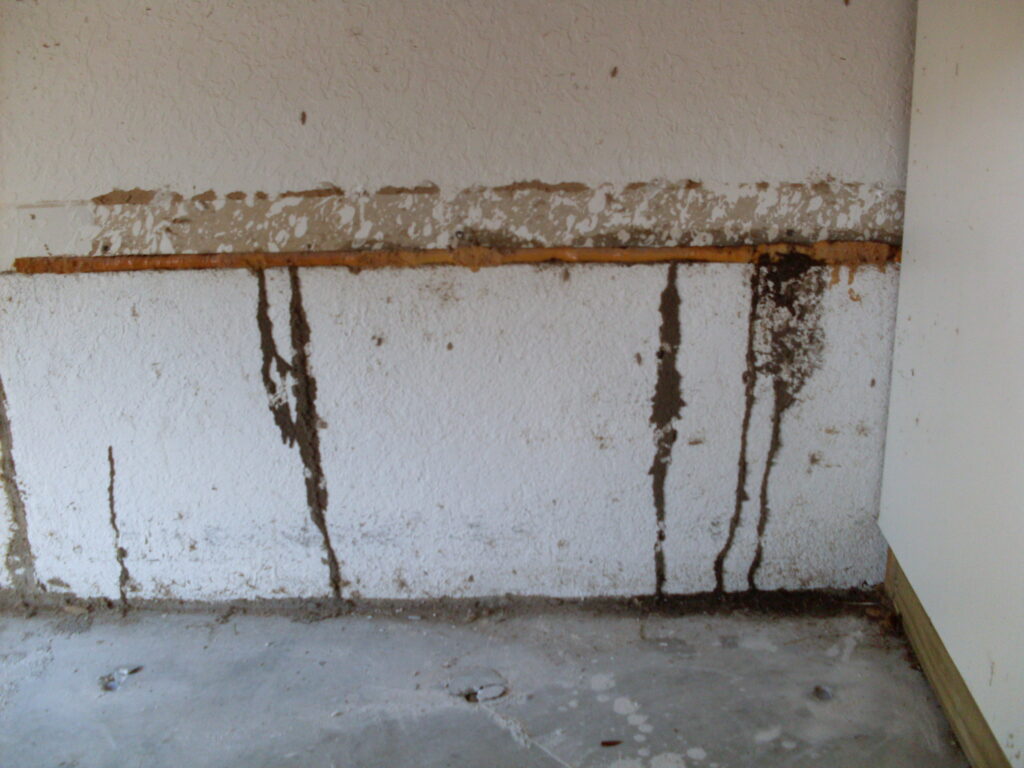